Confirmation of dates for the 2017 Secondary Schools Nationals – as for this year, Registration and Briefing on the Saturday afternoon (22nd April). Start of racing Sunday 23rd April, through to and including Friday 28 April (Prize-giving in the evening), with just half day sailing (start 13:00) again on ANZAC Day (Tuesday 25th) – total 5 1/2 days sailing. Venue Algies Bay, Warkworth, as previously notified.

Refer to the events page for possible accommodation options, etc.

Many will also have heard that this year’s Interdoms has been opened, as an invitational event, to secondary school teams from the Pacific or bordering on the Pacific rim – Pacific Rim Inter-Schools Team Sailing Championships. The event will be held at Algies Bay, with sailing from 26th to 28th September.

NZTSA’s AGM is scheduled for the evening of Tuesday 27th September, at Algies Bay, but with teleconference available for any not at the venue. Remember, that to be entitled to vote teams must be financial members, as per the constitution. Most teams who attended this year’s Nationals became Associate members, however, there are a few schools who are not. An Application for Associate Membership Form is available via the website. The membership fee is currently $1. More details for the teleconference and membership will be sent closer to the time.

2017 regional organisers have been asked to confirm dates for next year’s events. These are usually held during the Secondary Schools Summer Tournament Week – week starting 27th March 2017. Dates, etc will be updated on the website as the info comes in.

Hope you have all viewed Susana’s wonderful photos from April’s Nationals – I only know of 1 person who did not feature! Susana isn’t happy with the prize-giving photos, but if anyone wants their team photo, please contact Gay. Thanks Susana and well done.

The annual Spring Regatta is scheduled for 5th to 7th October, 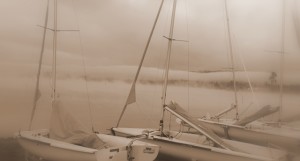