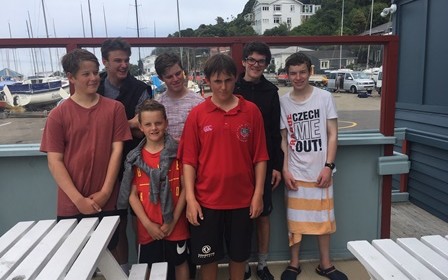 Day three lightened off again, but did have the Race Officer re-jig the round robin so that every team had equal chance with all of the boats.  As the wind lightened we did manage to get another complete round robin done meaning three for the regatta.  Really close earlier rounds meant it could have been three or four teams in contention for the trophy.  Wellington College losing to Nelson Girls thought they ended their chances – but the girls also beat Nelson Boys for bragging rights and opened the door for a top of the chart clash between Wellington and Nelson Boys.  Many thanks to the organisers and support staff, and especially the travelling teams that made a great regatta – the trophy stays in Wellington College cabinet for another season, but it sure isn’t bolted down…. 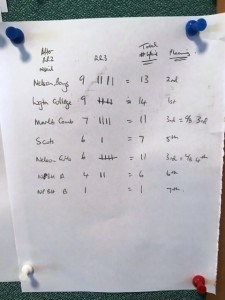 A brilliant afternoon with a brisk breeze saw the race officer get a complete round robin in.  However a gremlin in the timing machine resulted in a redress and one race to be re run tomorrow so the scores for Scott’s and Wellington College are provisional.  Some great racing and ever improving skills is heading to a great final day. 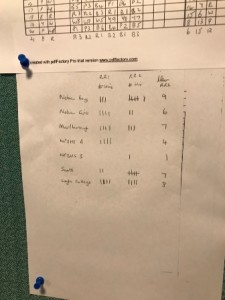 – Launched and went out, with reefs in but a complete contrast to yesterday- gusts over 30kts saw the fleet come ashore and wait…. 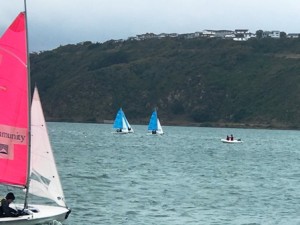 7 teams braved to early showers of Wellington to sail in what ended up a very light day that saw the wind turn 180 degrees from southerly to northerly needing a complete reset of the course.  The sailors were sharing Evans Bay with the National Water Ski racing who were enjoying the very light winds and at times glassy water, smooth sailing and a light helm being the required skills.
Two races to go to complete RR1 could see a four way tie if Marlborough and Nelson Girls win their races in the morning. 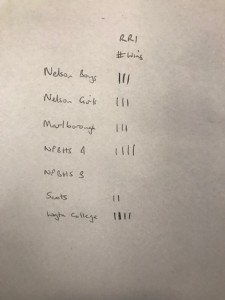